The eye of Hugo moved ashore South Carolina at Sullivan’s Island at 04:00 UTC on September 22 (12:00 a.m. EDT). The storm’s maximum sustained winds were estimated by the NHC to have reached 140 mph (220 km/h) during landfall, making Hugo a Category 4 hurricane. This estimate was derived from an aircraft reconnaissance flight into the storm shortly before landfall; no weather stations were positioned along Bulls Bay, where Hugo’s strongest winds likely occurred.[8] This intensity made Hugo the strongest hurricane to strike the United States in 20 years.[100] The ship Snow Goose, anchored in the Sampit River 5 mi (8.0 km) west of Georgetown, clocked a 120-mile-per-hour (193 km/h) sustained wind using an anemometer mounted on the ship’s mast.[8][2] In downtown Charleston, a sustained wind of 87 mph (141 km/h) and a gust of 108 mph (174 km/h) were reported. Hugo produced an 8-foot (2.4 m) storm surge at Charleston, indicating that water levels rose 12.9 ft (3.9 m) above mean lower low water as Hugo made landfall.[8] Elsewhere along the South Carolina coast, Hugo produced storm tides as high as 20 ft (6.1 m).[8] The maximum recorded storm surge was 20.2 ft (6.2 m) along Seewee Bay south of McClellanville.[101] This rise in water induced by Hugo resulted in the highest storm tides ever recorded along the U.S. East Coast.[88] Between 3–8 in (76–203 mm) of rain fell across a swath 150 mi (240 km) wide over South Carolina.[8] The maximum rainfall in the state (and the continental United States) was 10.28 in (261 mm) as measured in Edisto Island.[91] Totals between 4–6 in (100–150 mm) were commonplace along the coast of South Carolina.[83]

The South Carolina Electric and Gas Company (SCE&G) called Hugo “the single greatest natural disaster ever to strike the state”, inflicting $5.9 billion in property damage. The hurricane’s trajectory swept across three major South Carolina cities.[102] According to the National Oceanic and Atmospheric Administration‘s Storm Data publication, there were 35 deaths associated with Hugo in South Carolina. The hurricane’s forces killed 13 people while another 22 fatalities were considered “indirectly-related”.[101] Among the indirect fatalities were two people killed by house fires started by candles during the storm.[103] Another 420 people were injured throughout the state.[101] The Red Cross documented the destruction of 3,307 single-family homes and “major damage” to another 18,171.[104] Across eight counties, manufacturers incurred $158 million in damage to factories and $750 million in inventory and income losses.[105] Much of the South Carolina coast was subject to the ferocity of the hurricane’s forces.[101] Hugo’s storm surge wrecked the barrier islands, thoroughly razing many structures. Many homes on Wadmalaw Island and Johns Island were crushed by fallen trees.[103] The Ben Sawyer Bridge connecting the South Carolina mainland to Sullivan’s Island was heavily damaged and became stuck in an open position.[83] Rows of beachfront homes on Sullivan’s Island were razed by the surge. Ships at the marina in Isle of Palms were crumpled into a heap on the mainland shore.[101] Beach homes on Isle of Palms were moved 150 ft (46 m) off their foundations by an 11-foot (3.4 m) storm surge; in total, 60 homes were destroyed on the island.[106] The damage in Sullivan’s Island and Isle of Palms combined was estimated to be approximately $270 million.[101] Every building on the two islands took damage from the hurricane.[2] Storm surge tore off the pavement from coastal roads and destroyed 80 percent at Folly Beach.[106] All coastal state parks with the exception of Hunting Island and Edisto Beach sustained significant damage.[101]

Charleston was heavily impacted by Hugo

Charleston County was at the epicenter of Hugo’s devastation.[103] At McClellanville, near the point of maximum storm surge, shrimp boats were pushed as far as 0.5 mi (0.80 km) inland.[101] Commercial and recreational craft damaged other structures as they were carried ashore.[107] A high school used as a shelter for 1,125 local residents was inundated by the ocean’s advance;[101][108] documentation had listed its elevation 11 ft (3.4 m) too high, leading to its mistaken selection as a shelter.[109] The storm surge accumulated within the Ashley, Cooper, and Santee rivers, forcing them over their banks and submerging low-lying areas 10 mi (16 km) upstream. One person was killed by the rise of the Cooper River at Mount Pleasant. Seven to eight hundred boats were left in derelict condition,[103] and many in Shem Creek capsized.[2] Hugo’s surge spilled over The Battery and overtook the first floors of homes in downtown Charleston. Eighty percent of roofs in the city were damaged, with many already susceptible to strong winds due to poor maintenance and weak structural integrity.[2][110] At least 3,200 historic structures in Charleston were damaged and 95 percent of urban trees were lost.[106] Naval Weapons Station Charleston sustained $95–$100 million in damage. Two people were killed in Charleston by the collapse of their homes.[103] The U.S. Route 17 bridge across Awendaw Creek in Awendaw was destroyed by a 19.4 ft (5.9 m) storm tide.[2] Extensive losses to timber occurred at Francis Marion National Forest,[103] where 75 percent of marketable trees were felled.[102] Most trees were truncated 10–25 ft (3.0–7.6 m) above the ground, with others snapped or uprooted; the cost of damage was estimated by the U.S. Forest Service at between $95–115 million.[111] Animals, including some from endangered species, were killed at Cape Romain National Wildlife Refuge.[103] However, the lack of infrastructure near the refuge significantly reduced the damage wrought by Hugo’s strongest winds.[112]

Coastal impacts in South Carolina were extensive beyond Charleston County. The waterfront in Georgetown suffered heavily, with the destruction of 150 homes. Major damage was inflicted upon 350 homes and minor damage was inflicted upon another 500 homes, with their aggregate losses amounting to $87 million. Farms and businesses around Georgetown sustained $10 million in damage. Only a few beachfront homes withstood the hurricane in Pawleys Island. Debris from destroyed homes piled atop streets along the island’s south end. Hugo caused about $944 million in damage in Horry County.[103] As protective sand dunes were whittled down by the hurricane, beaches along 150 mi (240 km) of the coastal Carolinas recessed 50–200 ft (15–61 m) inland.[113] Beaches were eroded by a 13-foot (4 m) surge up to the most outward row of homes in Garden City.[103][2] These coastal homes were razed or washed inland, dealing damage to additional homes.[114] M. L. Love, the administrator for Horry County, said that the city “for all practical purposes is gone.”[2] Severe beach erosion also occurred in Myrtle Beach and North Myrtle Beach.[103] Piers along the coast of Horry County were heavily damaged by storm surge. The pier at Sunset Beach was reduced to its pilings. Myrtle Beach Air Force Base sustained $2 million in damage from buildings and equipment.[103] With the Grand Strand and Myrtle Beach areas experiencing only low-end hurricane-force winds, the widespread wind damage in those areas was attributed to “widespread underdesign and marginal building practices.”[115] Lesser damage occurred along the southern South Carolina coast between Charleston, South Carolina, and Savannah, Georgia, with winds there remaining below 65 mph (105 km/h).[106]

Hugo’s acceleration at landfall allowed strong winds to penetrate well inland, causing widespread wind damage across the eastern two-thirds of the state.[116] The NOAA classified wind damage as “extensive” in 15 counties. Devastated groves of pine trees were characteristic of the hurricane’s impacts, in addition to numerous unroofed homes and cotton crops injured by the winds and rain.[101][83] Over one-third of all timber in the state was damaged,[101] with the damage most extensive near the coast and locations that were northeast of Hugo’s eye as it moved across the state.[117] This quantity of timber was enough to build 660,000 homes. The total stock of growing softwood was cut by 21 percent while the total stock of growing hardwood fell by 6 percent.[118][119] Hugo was widely considered the most significant forest disaster in South Carolina history.[120] Across 23 counties, 4.4 million acres (1.8 million hectares) experienced the loss of 6.6 million board feet (15,600 m3) of timber, equivalent to three to four times the annual timber harvest; this was a greater loss of timber than observed in Hurricane Camille, the 1980 eruption of Mount St. Helens, and the Yellowstone fires of 1988, combined.[102] Berkeley, Clarendon, Florence, Lee, Sumter, and Williamsburg counties each experienced damage to more than 90 percent of timberland.[117] A conservative estimate valued the lost timber statewide at $1.04 billion.[102] Downed trees and wind-blown debris severed power lines, cutting power for most areas.[83] Three power plants were also disabled by the storm. SCE&G reported that 300,000 of its electricity customers lost power, with a complete loss of power east of Interstate 95. Utility services from the South Carolina Public Service Authority were crippled for 99 percent of the utility’s customers.[102] At Shaw Air Force Base near Sumter, 200 homes were destroyed and 1,000 sustained heavy damage;[121] the property damage toll for Sumter County was $237 million. The effects of Hugo in the Carolinas were most fatal in Berkeley County, where eight people were killed. Over a thousand homes and apartments were destroyed and 70–80 percent of the county’s trees were blown down. Up to a quarter of York County‘s cotton crop was lost, with additional losses suffered by peach, sorghum, and soybean crops.[106] The Differences Between Standby And Portable... 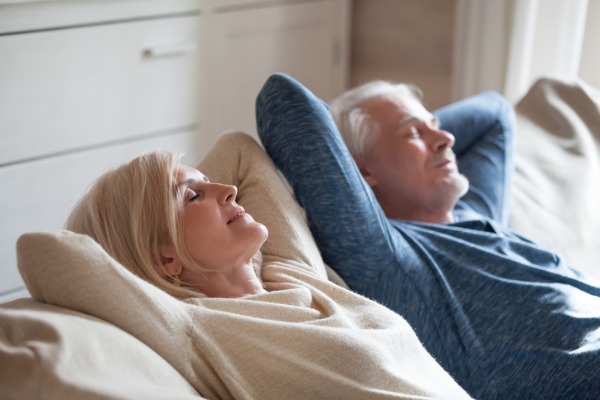